Hiding the currency selector and using the default campaign currency, will force donors to make their donation in your campaign's currency.

So a visitor in the United States will have USD automatically selected, a visor from New Zealand will have NZD selected and so on.

You can disable this feature from your Settings > Campaign Settings: 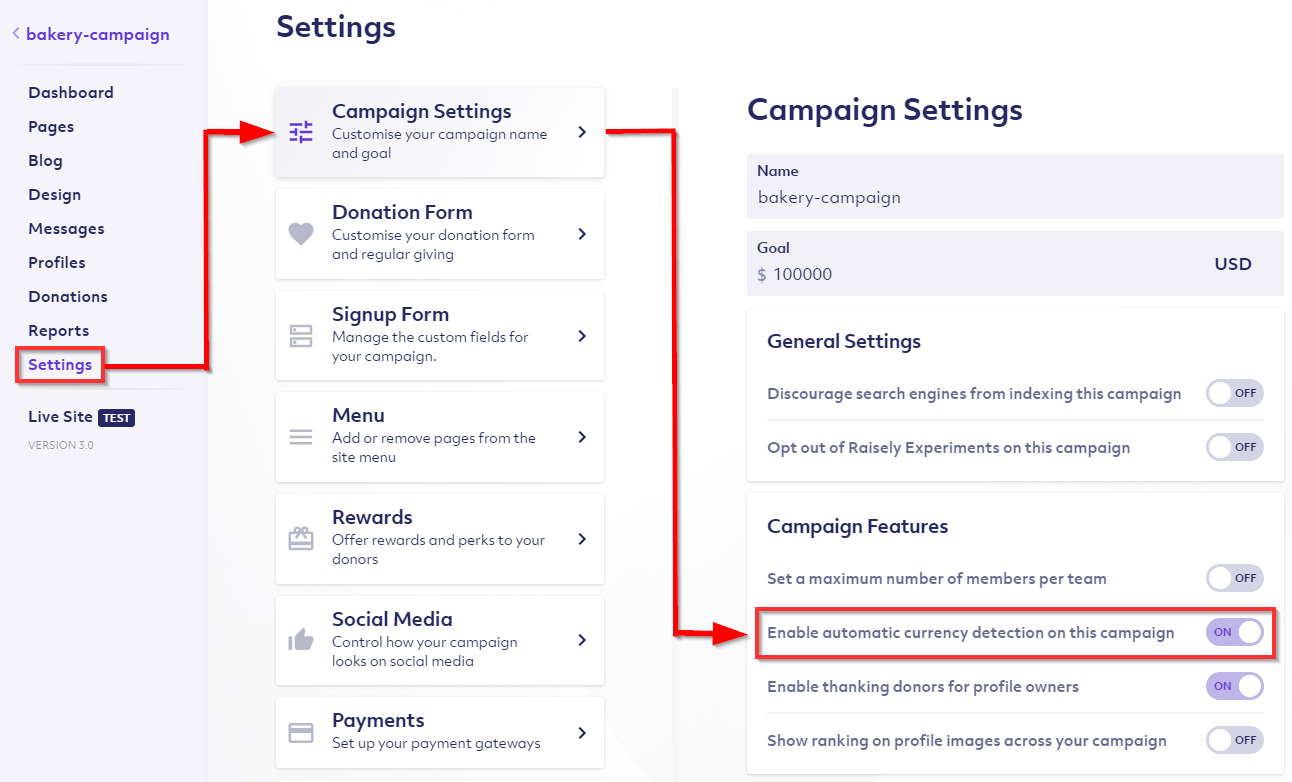 The currency selector is a dropdown box that appears in your donation form, it will look something like this:

Donors will be able to click this and change the currency that they are donating in. If you want to prevent this, you will need to hide this dropdown box using CSS.

How to hide the currency selector

First, open up for your campaign's Design > Custom CSS (Edit Campaign CSS) and this is where we can add some code to hide the dropdown. Down the very bottom of your custom styles Custom CSS, you can add the following line:

This will result in all your donation forms looking like this:

Should I hide my currency selector?

It depends on your situation, but it can be very helpful if you're targeting a specific geographical location and want to avoid arbitrary donation currencies being selected.

One important note is that It becomes less clear what the current donation currency is when making an amount selection. Because the currency selector states the current currency at the first step of the donation form, it's clear to the donor what currency they are donating in.

With it hidden, it's not until the final stage of the donation form what currency they are donating in - so keep this in mind!

Did this answer your question? Thanks for the feedback There was a problem submitting your feedback. Please try again later.